The “Zoko Write” game makes letter tracing fun and easy for young students.  It is designed to help students learn how to recognize and write uppercase letters and/or numbers as well as improve their eye-hand coordination.

Students are taught to trace a letter by helping a mole-rat avatar named Zokor to dig a route for collecting apples.  The route appears step by step according to the stroke order. Thus, the student needs to drag Zokor and carefully help it dig the trail for reaching an apple by the shortest undug path. Zokor has to avoid going to the edges of the field, because it will lose stamina while trying to dig. Also, if Zokor does not follow the shortest undug path for reaching an apple, it might get trapped.

Therapists and/or teachers can start students to start practicing with straight letters, then curvy ones, and end with diagonals, traceable characters.    They can also set time limits for each writing task.

Ready to trace letters and numbers and help Zokor quickly collect as many apples as possible?

I CAN understand that there are sounds when I choose an item.

I CAN select the “Play” button and the character with my left hand.

Time to remain stable to select an item.

Reduce the time if the child shows stability.

I CAN keep my hand stable in an upright position for 3 seconds to pick the character.

Time available to complete the hand writing of a character.

Disable if the student feels pressure.

I CAN trace a letter in 30 seconds.

Game lives are the three little hearts in the top left corner of the screen.

I CAN notice that a heart disappears each time I lose all my stamina (left corner at the bottom of the screen).

I CAN play the game with game lives.

Choose the type of characters that the child is called to handwrite.

I CAN trace with my hand a set of capital letters. 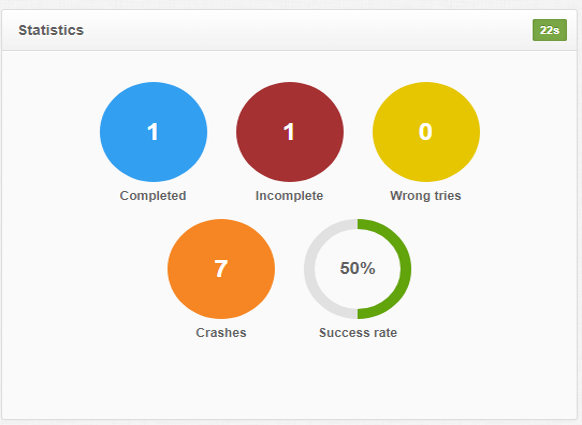 ·      This shows the amount of time the student spent on each character.

·      The educator/teacher can see the student’s handwriting at each specific character which might reveal possible misconceptions and certain patterns of cases, where the student faces difficulties.